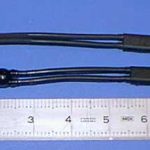 An acoustician is someone who specializes in the study of sound. Many people mistakenly believe that acoustics is strictly musical or architectural in nature. On the contrary, acoustics is the interdisciplinary study of sound, and the field is very diverse, including people who study the production of sound, the physical properties of sound and its transmission in the environment or within enclosed spaces, and how sounds are received and used. These studies may focus on human-produced sounds, animal sounds, and/or sounds in the natural environment. Acousticians include engineers, physicists, speech and hearing scientists, doctors and medical researchers, architects, biologists, psychologists, mathematicians, oceanographers, computer scientists, and musicians. The application of acoustics is present in almost all aspects of life, including designing a concert hall, helping people with hearing impairments, investigating communication in marine animals, or researching the way in which sound travels underwater. Acoustician jobs can include opportunities for research in the field and/or a laboratory setting.

Given the interdisciplinary nature of acoustics, additional coursework that focuses on acoustics may be all that is necessary for jobs in which acoustics plays a secondary role.

Given the broad, interdisciplinary nature of acoustics and the backgrounds of people working with acoustics, salaries are quite varied. For salary information, please visit the United States Bureau of Labor Statistics to learn about specific careers:

Acoustics is a broad field and specific tasks and duties will depend on the focus of a selected position. Responsibilities may include:

Applicable knowledge is varied and will depend on the field of acoustics one chooses to pursue, but may include:

Basic skills may include:

Additional basic skills may include:

The study of underwater acoustics traditionally leads one to job opportunities in academia, industry, and/or laboratory research positions. Since the characteristics of the water environment permit sound to be transmitted over very long distances, sound is an extremely valuable tool for sensing the underwater environment. Acoustic signals are used to How is sound used to measure temperature in the ocean? , study ocean currents , measure rainfall and wind over the ocean , detect the presence and location of marine animals, explore behavior of marine animals, map the seafloor , underwater earthquakes and volcanic activity, and to explore the Earth for oil and gas deposits.

Underwater acousticians study natural and anthropogenic underwater sounds, how these sounds are produced, and the propagation, reflection and scattering of these sounds in the underwater environment. Individuals in this field may also study and measure oceanic properties (physical, biological, geological, chemical etc.) using acoustic methods.

Bioacoustics is an interdisciplinary science focusing on sound production and reception in animals, how sounds are used by difference species, and how sound can be used to detect and localize animals. This field of study can include researching how animals produce and receive sounds; what types of sounds might cause injury or damage; the role of sound in a species’ life history; and the ways in which animal and plant life can be disrupted through sound. The study or the relationship between animals, their environment, and sound is called acoustic ecology. Marine fishes and mammals produce underwater sounds and bioacousticians may study how these sounds relate to behaviors such as reproduction, feeding, and communication. Bioacoustics work may also include the use of underwater acoustic tools such as hydrophones , hydrophone arrays, and other passive acoustic sensors ( Real-time Passive Acoustic Sensors and Passive Acoustic Recording Tags ).