For “communication” to occur between individuals, an intentional signal must be generated by one or more individuals and received and interpreted by one or more recipients. Among the many ways of communicating in aquatic environments, sound is perhaps the most effective, especially over long distances (see Why is sound important to marine animals?). Light is rapidly absorbed by water, limiting the use of visual communication. Even in the clearest water, most wavelengths of light are absorbed within tens of meters and it are even more limited in turbid coastal waters. Chemical cues are effective at short distances, but chemicals travel much more slowly in water than in air. Sound however travels very rapidly underwater (about 1,500 m/s) and much farther than it does in air (via transport and diffusion). This is especially true for lower frequency sounds that are typically used by fishes for communication.

Sounds produced by fishes for communication are generally associated with either reproduction or stressful situations. Reproductive activity, including courtship and spawning, accounts for the majority of sounds known to be produced by fishes. As is typical of many sound-producing animals, it is usually the male that produces sound to try to spawn with a receptive female. Many fish species that produce sound such as the sciaenids – a family renowned for their sound producing ability- spawn at night or in murky waters. During the spawning season, these species form large groups each evening that vocalize for many hours. These vocalizations often dominate the acoustic environment in which they occur. The males of other species, such as the oyster toadfish, build a suitable nest, and produce courtship calls to attract potential mates. 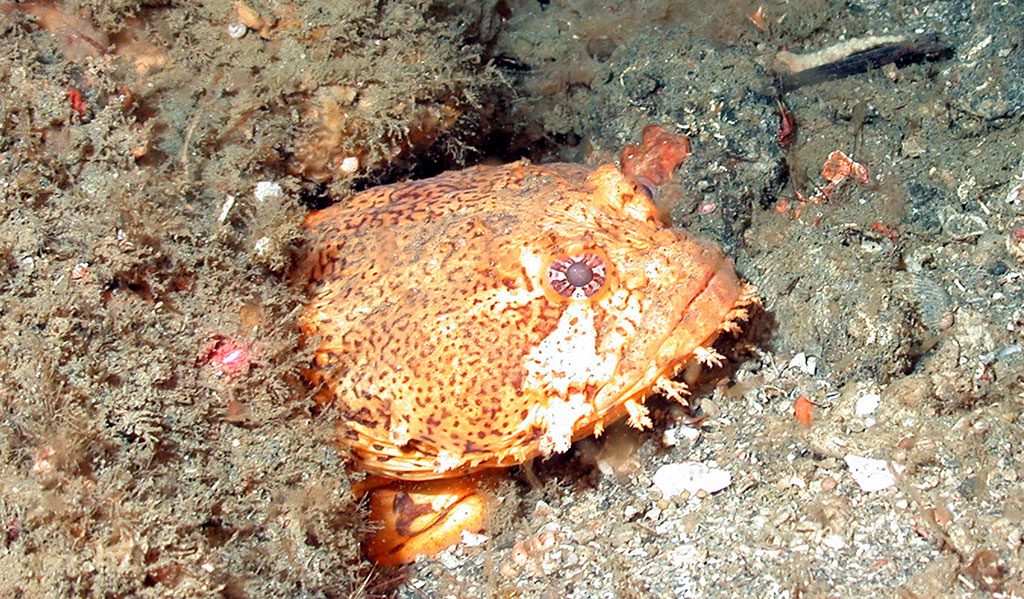 Other situations that may elicit sounds include territorial defense or, other instances of aggression. For example,
damselfish are very territorial and use sound as a way to protect their area from intruders. When a threat or possibility of a threat exists, fishes produce sounds as spontaneous outbursts. Fishes may also generate sounds in stressful situations including when they are attacked by predators, or handled by fishermen. 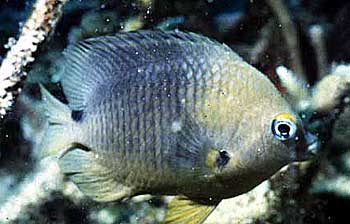 Damselfish are very territorial and use sound as a way to protect their area from intruders. Photo courtesy of Prof. Brad Rence, Department of Biology, Lawrence University, Appleton, WI 54912, www.lawrence.edu/dept/biology/biol_81a/marine.html