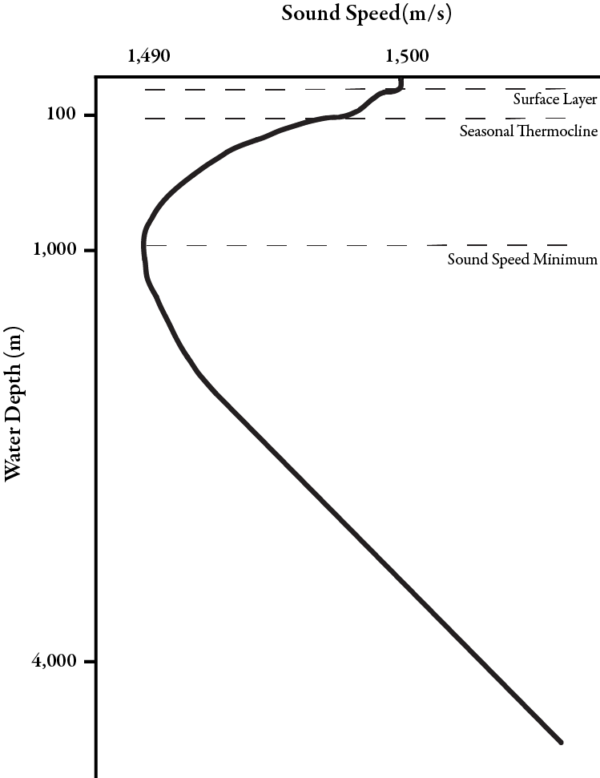 The result is that sound travels slowest at a depth of roughly 1000 meters in mid-latitudes. This minimum in sound speed forms a sound channel or waveguide through which sound can propagate over long distances.

Sound channel axis. On the left, sound speed profile from mid-latitudes. On the right is shown only the paths sound travels from a source at 1000m depth to a receiver at 1000m depth that is 210km away from the source. The color intensity represents the speed of sound. Adapted from Figure 1.1 of Munk et al., 1995.