Feature Sound: Sounds from Below 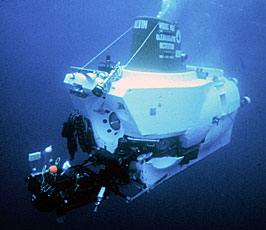 Reva, a newborn humpback whale, enjoyed swimming with his mother and exploring his new surroundings in the Sea of Cortez (Gulf of California). Every sound and flash of light was new to him. Reva noticed that his mother and all the other mothers nearby communicated with each other through a series of groans, wails, and squeaks. Soon these sounds were familiar and comforting.

One day, Reva heard an odd whining sound from the surface. It did not sound familiar. Could it be another creature? Could it be an injured whale? Instead of letting his imagination run wild, Reva swam over to his mother and asked her what was making that sound. His mother told Reva not to go near that sound. It was the sound of a boat propeller and it was dangerous. Mother told Reva about the humans that inhabit the world above the water. She told him about the odd vehicles humans used to travel over the water. She also made one last warning, he must not surface for air near the whining sound! Reva knew he would follow his mothers orders!.

In the days that followed, Reva heard the whining sound come and go. True to his word, Reva avoided the whining sound. Suddenly, he heard another strange humming sound coming from below him. What could be making that noise? Curiosity started to get the better of him. Mother said to avoid the whining sound from the surface but she did not say anything about sounds from below. So off went Reva to find the source of the humming sound. Within a few moments, Reva saw a strange shape moving below him. It did not look like anything he had seen before. It was square shaped and had many spinning objects. It also had a long tail that reached back to the surface of the water. Reva was afraid and swam back to tell his mother what he had seen. Reva’s mother did not know what to make of what her son had seen and heard. The other mothers also did not know what to make of Reva’s discovery. It was time to ask Grandmother Whitefin, the matriarch of the pod.

Grandmother Whitefin continued on and reminisced about the past. She told Reva and his mother of the time during her youth when the ocean depths were void of manmade sounds. About 60 years ago, Grandmother Whitefin remembered that the humans invaded the ocean depths with strange vehicles called submarines. They were large whale-size vehicles with hard metal skins. For years, these submarines made odd pinging and rhythmic propeller sloshing noises. There were also loud infrequent thudding sounds caused by exploding canisters. Then the waters were silent again until recently when humans began exploring the ocean depths with underwater vehicles.

We thanked Grandmother Whitefin for her story. Still curious, mother and I swam back to the odd underwater vehicle and watched it disappear into the dark waters below.